In this release we focused on doing the WebPageTest experience better, especially if you use WebPageTest standalone.

First: Many thanks to Jean-Pierre Vincent who contributed his default setup for which metrics to collect for WebPageTest and a new setup of default dashboards for WebPageTest.

By default we sent a very limited number of metrics for WebPageTest (to make sure we don’t overload the storage). But we probably limited it too much and Jean-Pierre shared his setup that we now made default. This mean you will get more metrics in Graphite/InfluxDb. You can checkout the changes in #1871.

PageXray as a standalone plugin (and what it means to WebPageTest) #

We made some internal changes to make it possible for the PageXray plugin to run on WebPageTest generated HAR files that will generate more data/metrics for you if you run WebPageTest standalone without Browsertime.

First off: Browsertime and WebPageTest plugin now sends browsertime.setup or webpagetest.setup messages when they are in the setup phase, so other plugins know that they will run #1875. This makes it possible for other plugins to act differently depending on which metric sources that are configured.

We moved PageXray to a standalone plugin (before it was bundled with the coach). This makes it easier to use PageXray on HAR files from other tools (WebPageTest at the moment) #1877. 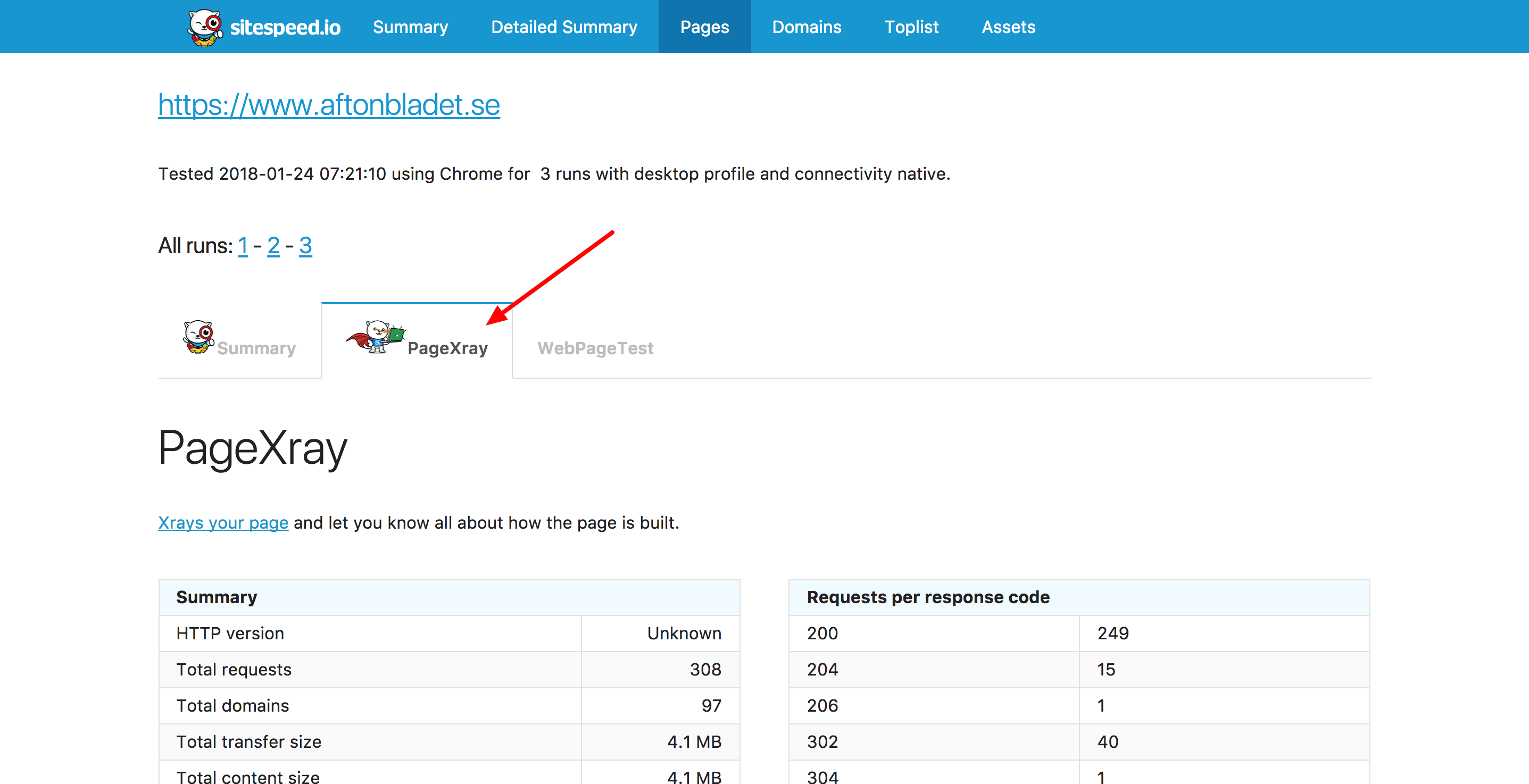 PageXray is now xraying WebPageTest HAR files (if you run WebPageTest standalone). This will add the PageXray tab per URL/run + the toplist, the assets tab #1880 and you will also get the domains section using data from WebPageTest #1876! 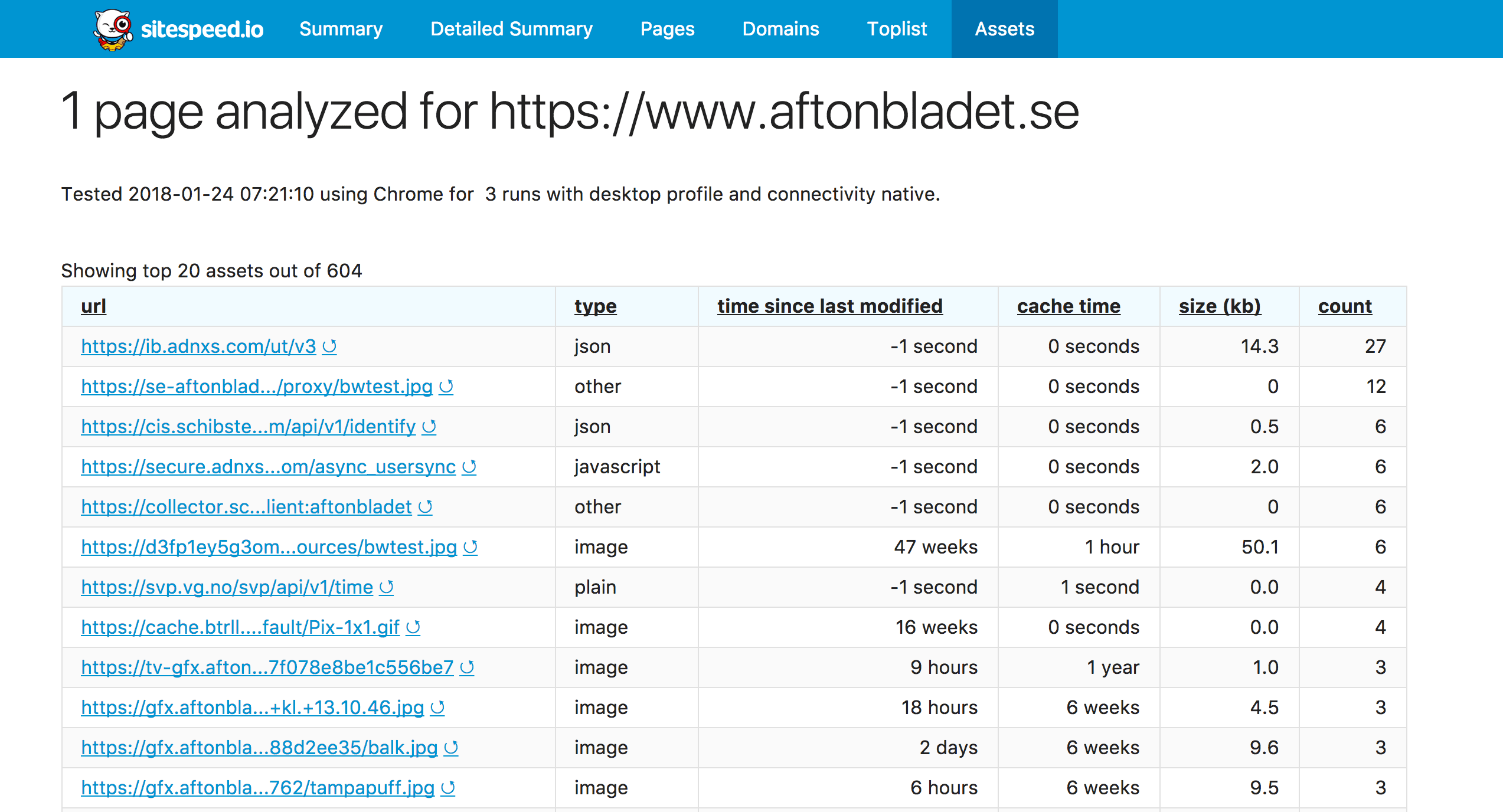 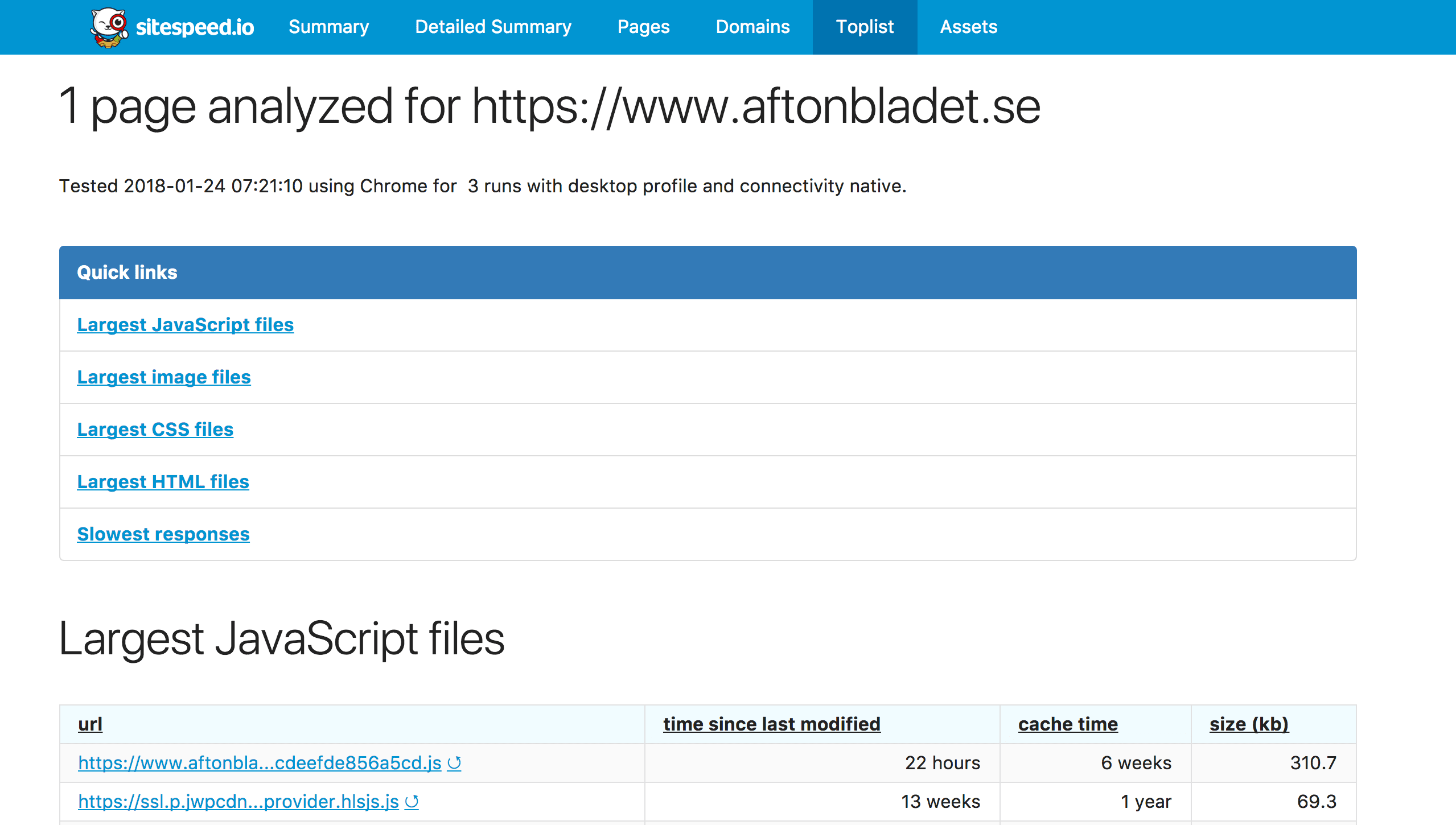 Jean-Pierre Vincent contributed with new WebPageTest dashboards. You can get them from https://github.com/sitespeedio/grafana-bootstrap-docker and checkout #14 for the full history of additions.

We have upgraded to latest video.js 6.6 with smoother progress bar #1864.

And we added filenames to the video when you combine two videos in combineVideos.sh. By naming your video wisely, you can now make it easier understand what you actually compare.

We upgraded to latest Browsertime 2.1.4 with new bug fixes.

We also fixed the start script so that you on Ubuntu can run WebPageReplay in the Docker container for your Android phone.